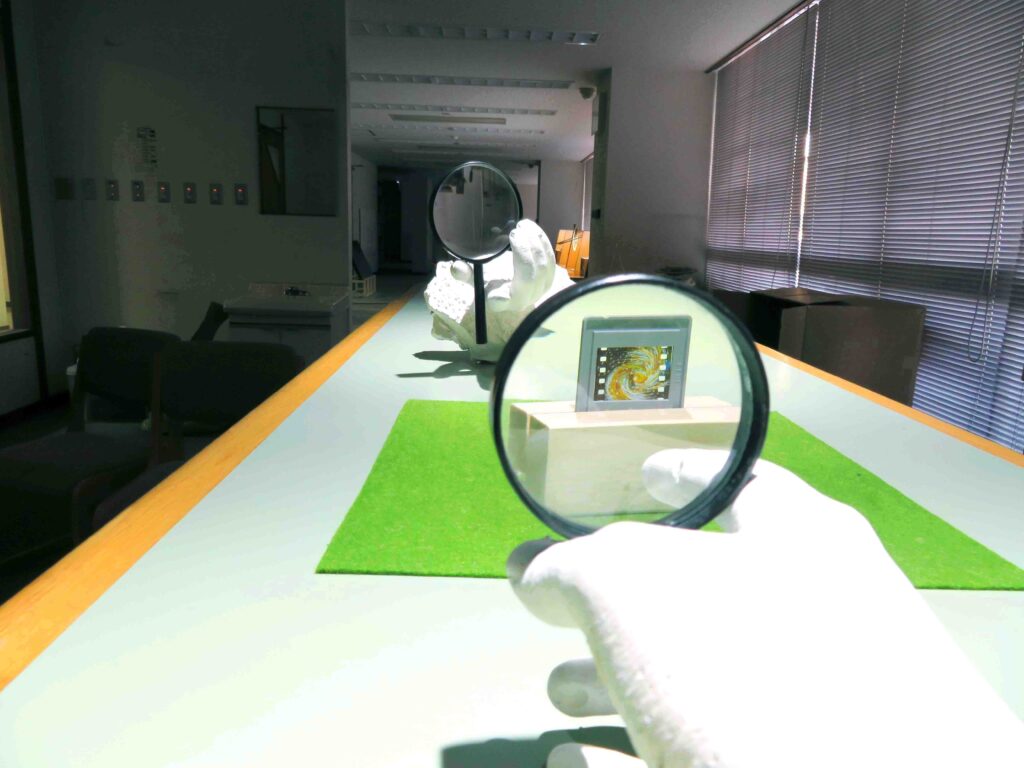 Jackie Karuti’s installation sets off with the mounted clocks still visible in the library & most of the rooms at the former nursing school. The hands of the clocks became an extended way to think about time, creation & labour, body anatomy and prosthetics, planetary destruction & domination and animal symbolism in regards to non-human communication. These and other surreal observations were activated through Jackie’s month-long visit to Japan in July 2022.

Karuti’s use of moving images, sculptural forms, scans, drawings & electrical objects position the medical library as a site where knowledge is not only accessed and produced but an operating room where imagination is projected beyond normal human language & understanding. She further states that the library is not only a space for the intellectual but the worker as well. This is especially seen through her use of an owl & a crow; two birds known to symbolize wisdom & skill respectively. Placed side by side, they take on opposite but necessary meanings with the owl as a quiet observer and the crow as a noisy scavenger.

The final result is an expanded multimedia experience that links the library to a (hospital) theatre where multiple observations & transformations take place and are seemingly powered by the machines that tirelessly construct and illuminate the space.